When it came to where to build the garden our plan was to wait a year before we choose a spot.  We have a fair amount of space but most of it is heavily treed.  There is actually very little space with any good sunlight.  Since we like to grow things like tomatoes we need to be picky.  The “hot” season here is quite a bit shorter than the prairies. A longer growing season sure, but cooler.  Tomatoes need sun, and do better with a little heat.

The time has come to decide and after much hemming and hawing we thought we had it figured out.  I spent a day levelling a spot and hauling the cement blocks we will be using to build the raised beds.  We really like using patio blocks on edge for raised beds.  No rot issues, and a nice working height.  This is the second property we have built them on.

The next morning doubt crept in.  Maybe this is the wrong spot.  Maybe this will not see enough sun, too close to the trees on the south exposure.  A little time on the NRC web site and we convinced ourselves it would be wrong.  Likely less than 3 hours of direct sun.  Needs to move.

Originally we had picked out a nice sunny spot down the hill at the back of the property.  There is a good sized clearing there and we have no other plans for the space.  The problem was water.  It’s too far away to water from the house or with collected rainwater from the old shelter on the site 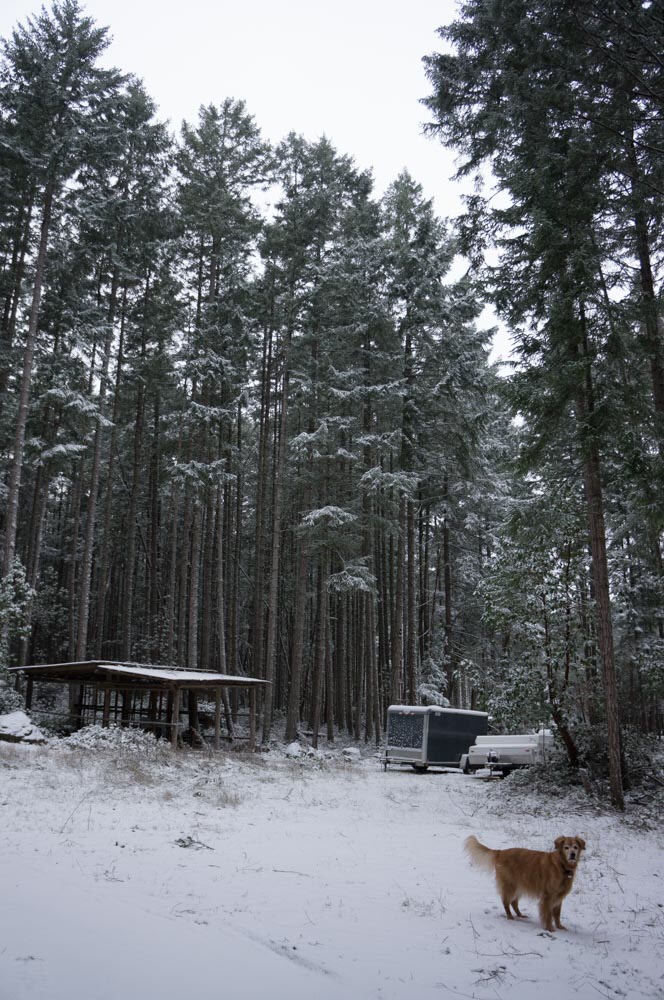 The shelter site also had a nice clearing but would require another few hundred dollars of deer fencing and we had other plans for the space.

We spent this morning staring out at the yard and finally decided to put it on the north side of the house.  The beds will sit on the far edge of the lawn just by the tree line.  Good southern exposure we think. Soon I’ll start to move the blocks and begin again.  I guess I have to fix the grass I dug up too.